A downloadable game for Windows, macOS, and Linux

This game use procedural techniques to generate mazes, visual assets colors and positions.

It's a simple game in which the objective is to control a bubble and try to find a goal in a randomized maze without dying.

This game was made for the Procedural Game Jam 2015. ( http://itch.io/jam/procjam)

Let me know if you enjoyed this game!

- Speed up the build map process

- Now this is an open-source project.

- Removed the WeGL player to specific from itch.io website because some android's web browser crash when try to read directly the WebGL game.

- Changed the bubble's curmple effect from a C# script to a shader. The crumple effect is much faster now.

NOTE: If the linux version doesn't work try to download the Windows version and run it direct with WINE.

- Ajustments in the generation algorithm concerning the difficulty level.

- Add Version number in the menu.

I liked the graphics and the game is fun! I included it in my ProcJam compilation video series, if you'd like to check it out :)

I'm happy that you liked the game! 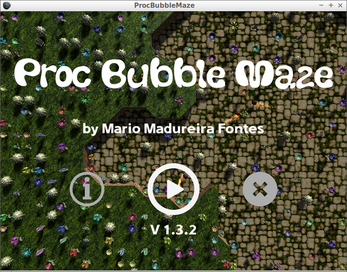 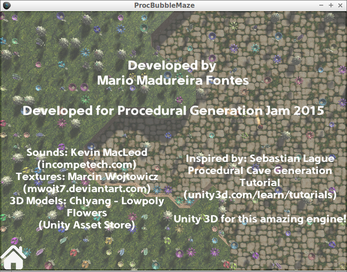 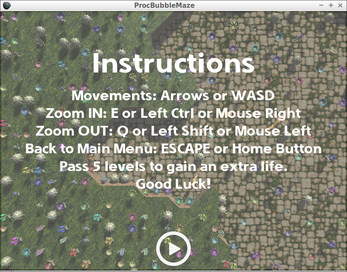 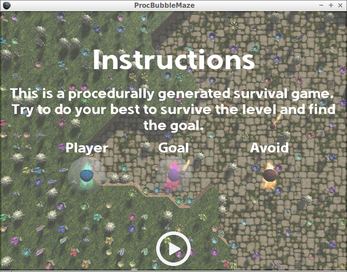 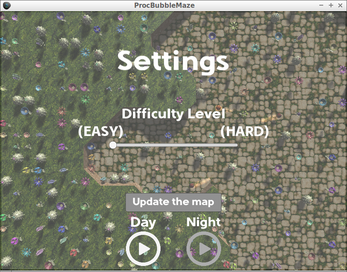 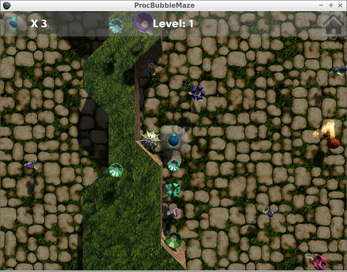 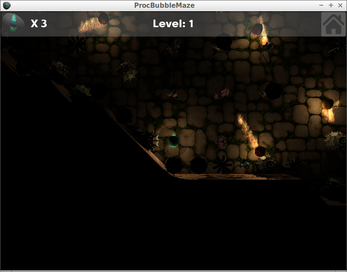